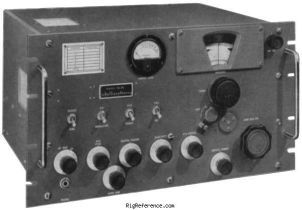 Find the Hallicrafters SX-73 on Amazon

Manufactured
Between 1952 and 195x in USA
Dimensions (w×h×d)
?
Weight
?
Form factor
Base Station

Ever since I was 13, I drooled over the Hallicrafters ad for the SX-73 receiver in the back pages of The Radio Amateur's Handbook, 1953 edition. I simply must have that rig. Well, on November 16, 1974, I traded in my Hammarlund BC779 Super Pro for an R-274D/FRR receiver, the military name for the SX-73. My first concern was that all antenna coils are OK and not damaged. My second concern was that it has not been modified. The first thing I did when I got home was to fully align the receiver according to the instructions in the green instruction manual that came with the receiver. I found that the alignment procedure was very precise and easy to perform and all front-end coils were perfect. I also verified that the receiver was unaltered and in original condition. Outside of a few paint chips around the rack mounting slots in the front panel, the receiver was in excellent condition.

After owning this receiver for 38 years now, it still performs as well as it did when I first got it. The only failure that occurred about 30 years ago was the 6BA6 6.455 MHz second oscillator filament that opened thus silencing bands 4, 5, and 6. That tube replacement is the only repair that the receiver has required; pretty good for a 60-year-old receiver. This performance is attributed to the anti-fungal treatment, the use of first quality parts, its extraordinary engineering, and the careful quality manufacturing techniques that went into producing this fine receiver. Its lack of a product detector makes reception of SSB inconvenient, but it was not designed for SSB. So, I cannot fault it for that. Since it has a coax output jack at 455 KHz, I have connected an outboard product detector to it without modification. Its sensitivity on band 6, 30 to 54 MHz, is lacking so I would consider that as its worst fault.

Compared with similar period receivers, the use of superior components such as ceramic capacitors instead of tubular paper has allowed this receiver to work for 60 years without recapping. Its dial reset ability using the index scale is very accurate to 99,997% (30Hz per MHz). However, because the dial calibration frequency markings are spaced rather far apart compared to that we are used to today, that makes frequency settings less than precise. From a cold start, there is very little drift after just a few minutes. Instead of selecting band coils with a simple rotary switch, the coils for each of the 6 frequency bands are physically moved into place with a rotating turret located directly under the cast (not sheet metal) RF sub chassis. This physical design plus temperature compensating components, makes frequency stability absolutely rock solid.

I would consider that with what I paid to acquire this receiver, I got a very good value; especially for the consistent performance it has given me over the years. Knowing what I know today, if I were to have to purchase a period receiver to replace this SX-73, I would only consider a Collins 51J-4 or R-390A.

Add your own review for the Hallicrafters SX-73

Estimating the value of a rig can be challenging. We collect prices paid by real hams over the years to help you estimate the value of a used Hallicrafters SX-73. Just bought or sold this model? Let us know what you traded it for and help other ham operators!

Based on historic data, today's second-hand price of the Hallicrafters SX-73 is around: