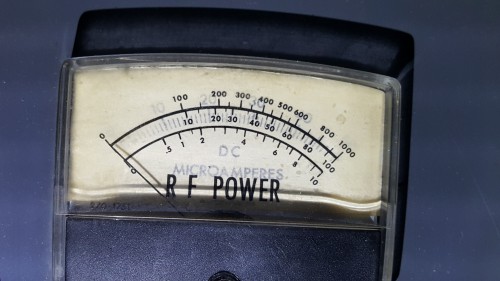 I started out in CB's in late 1959 at a young age.
I finally went for my Novice Ticket sometime in the mid to late '80's.
Upgraded to Technician Class a year or two later.
Never tried to upgrade to General, which I would liked to have done so, but I "hate" code.
Code is the reason I waited so late to go for an exam to start with. I hate code to this day.
I have kept a CB or so around all these years, still have a Johnson Messenger Viking, Regency Imperial, Citi-Fone SS,
Lafayette 35, Tram D201 (hand wired), Siltronix 1011C and then a few transistor mobiles and my Yaesu FT-450D.