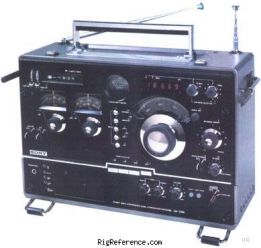 Find the Sony CRF-320 on Amazon

Estimating the value of a rig can be challenging. We collect prices paid by real hams over the years to help you estimate the value of a used Sony CRF-320. Just bought or sold this model? Let us know what you traded it for and help other ham operators!

Based on historic data, today's second-hand price of the Sony CRF-320 is around: